Yuriko Yamaguchi works with wire, cast resin and other unconventional materials to create striking sculptural pieces that are larger than life and appear to their viewers as miracles of construction; minuscule elements are held in place by tiny wires which are twisted to form remarkable sculptures, transforming the spaces they occupy. Yamaguchi's pieces illustrate the artist's extraordinarily close and complex relationship with her materials. Because she does not work with traditional or conventional elements, each sculpture represents a series of adaptations and choices, during which industrial supplies like wiring and tubing are given an entirely new function. Her installations are compelling in that they embody a series of paradoxes: organic and synthetic, ethereal and bodily, fabricated and evolved. Yamaguchi notes that the increasingly complex interrelationships between nature and technology and between biology and communication are a continual source of inspiration.

Yamaguchi was born in Osaka, Japan, and later immigrated to the United States in the early 1970s. She received her MFA from the University of Maryland and her BA from the University of California at Berkeley. Her works are in museum collections, among them the Museum of Modern Art, Kanagawa, Japan, the Hirshhorn Museum and Sculpture Garden, the National Museum of Women in the Arts, and the Smithsonian American Art Museum. She has exhibited widely across the United States, including at the Fowler Museum at the University of California at Los Angeles, the Pennsylvania Academy of Fine Art, the Virginia Museum of Fine Art, and the Corcoran Gallery of Art in Washington, DC. She has earned many awards and fellowships for her work including the American Academy of Arts and Letters Award, the Joan Mitchell Award, and a National Endowment for the Arts Visual Arts Fellowship. 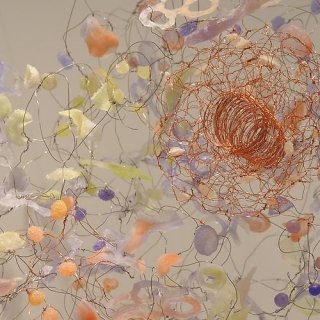 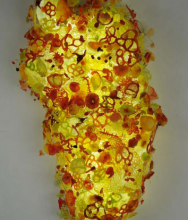 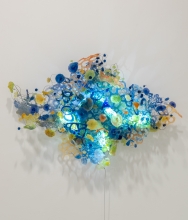 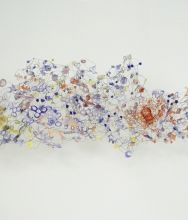